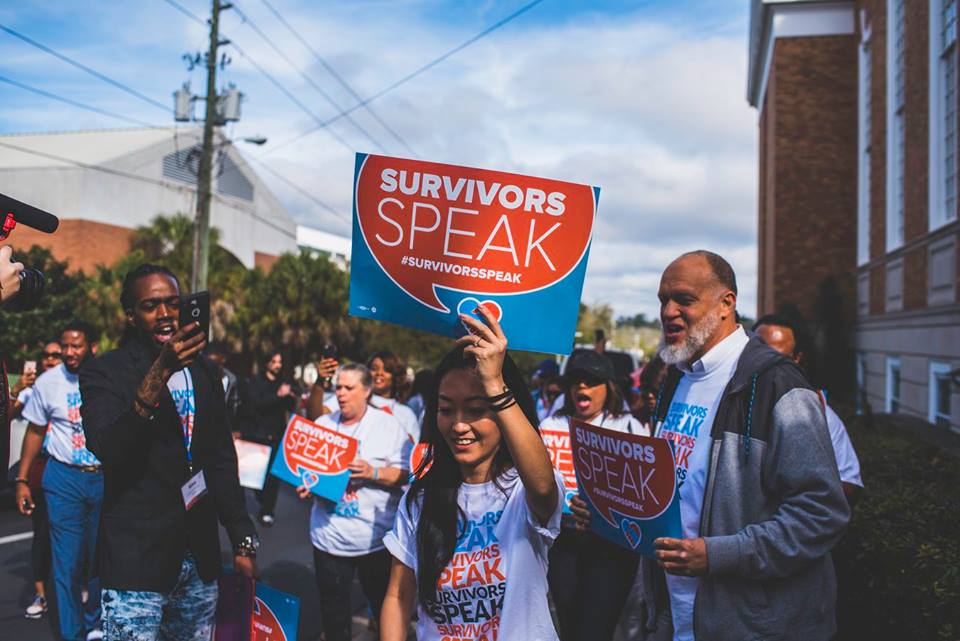 Surveys of crime victims consistently reveal two major findings: 1) most victims do not feel supported by the justice system, and 2) a majority of survivors prefer to stop crime before it starts rather than simply incarcerating our way to public safety. That means investing in prevention, treatment, and rehabilitation over longer prison terms. When our criminal justice system over-invests in expensive incarceration strategies, it leaves fewer resources for prevention, rehabilitation, and services that crime victims and communities impacted by violence support.

No one should have to choose between their job and burying a family member. Yet, fear of losing their job compels many victims of violence to return to work within a day or two of losing a loved one, compounding the trauma they have experienced, making it difficult to make burial arrangements, and making recovery much more difficult.

HB 0949 and SB 1306 – introduced by Sen. Shevrin Jones (D-Miami/Dade/Broward) and Rep. Kevin Chambliss (D-Miami) – would expand job accommodations for crime victims and aim to end cycles of trauma in our communities. The bills would expand three days of unpaid leave currently limited to victims of domestic violence to also aid the families of homicide victims, allowing them time to make burial arrangements and bury their loved ones with dignity. Providing limited leave to victims will help survivors and communities heal while also preserving the economic stability that comes from having a job.

The Council of State Governments recently calculated that Florida spends $330 million each year incarcerating people who have violated the conditions of their release.

But many of those violations are either technical — such as missing a meeting or failing to report out-of-state travel — or extremely low-level new infractions, such as driving to work or school on a suspended license. Technical violations alone account for $145 million of the $330 million spent each year [source].

By a margin of 3 to 1, Florida crime victims prefer more spending on crime prevention and rehabilitation, rather than over-incarceration. In 2019, crime survivors overwhelmingly supported the passage of HB 7125 – public safety reforms that enacted alternative sanctions for technical violations of probation (violating a rule of probation rather than committing another crime) that are more effective than incarceration for addressing low level violations and making Florida communities safer. These alternative sanctions, when paired with rehabilitative programs, including treatment and employment programs, help to ensure that people on probation are held accountable while remaining productive members of society. Non-prison sanctions can include mandatory drug treatment, heightened reporting, and other corrective sanctions.

HB 0611 and SB 1138 build on these probation reforms to both increase public safety and save taxpayer dollars. These common sense bills – which have earned strong support from crime survivors – are sponsored by Rep. Michelle Saltzman (R-Pensacola) and Sen. Bobby Powell (D-Palm Beach County) and would improve the state’s probation system’s treatment of low-level offenses by:

In the future, we want to work with the legislature to further incentivize rehabilitation for those serving time in Florida prisons so that those individuals are not only compelled to take responsibility for leaving the justice system better than they went in, but they are also provided access to the tools to do so.

In 2019 the legislature passed legislation to automatically seal some records of arrests with the Florida Department of Law Enforcement (FDLE) that did not lead to convictions. However, these arrest records often remain unsealed at the county and local court level.

SB 1302 and HB 1259, sponsored by Sen. Danny Burgess (R-Pasco/Hillsborough) and Rep. Spencer Roach (R-North Fort Myers), respectively, would close a loophole in existing law and align state and local policy by providing a pathway to ensure that those records are sealed at the county level too. Law enforcement, however, will still be able to access those records.

Survivors know that arrest records can be an obstacle to employment and housing for those who were never convicted of a crime, undermining the stability that accompanies economic security. Record sealing would allow people to keep stable jobs, maintain economic security, and to continue contributing to the local economy. Ultimately, this bill can help make Floridians safer for everyone.

ABOUT CRIME SURVIVORS FOR SAFETY AND JUSTICE Crime Survivors for Safety and Justice is a national network of over 70,000 diverse crime survivors, including almost 8,000 in Florida, that works to advance policies that help communities most harmed by crime and violence, for more information visit www.cssj.org.